For 25-year-old Jummai Musa and her 30-year-old husband, Samaila, the reality of Nigeria’s water crisis hits extremely close to home. In their community of Rewianku, Plateau state, accessible safe water is hard to come by. As a result, they are forced to use water from a nearby stream to bathe, wash clothing and kitchen utensils. This has taken a heavy toll on the health of their 2-year-old daughter, Safiyah, who has contracted a skin infection that community doctors have traced to the stream. As she talks about her daughter’s condition, Jummai explains that itchy skin makes it difficult for her to sleep.

This little girl’s condition is not isolated. Several other families in Jummai and Samaila’s community who also use the stream as their water source have been put in a precarious position. The problem is not solely the lack of access to safe water, but also inadequate sanitation facilities. These two issues have put Rewianku residents at greater risk of catching waterborne diseases. 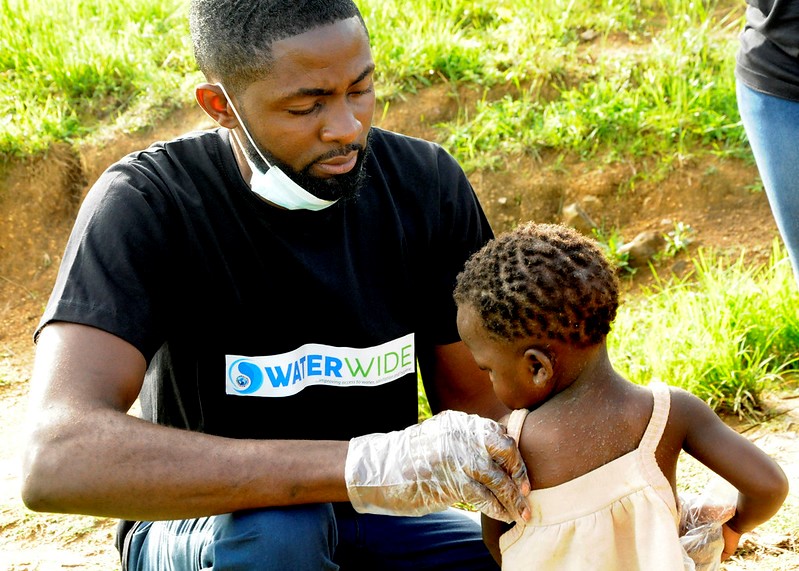 Access to safe, potable water is a basic human right. In Nigeria, however, only 20.1% of the population has access to safe drinking water services, according to 2017 data from WHO/UNICEF. Unsurprisingly, in rural areas, this figure fall to 15.7% because safe water services are unavailable. According to the UN, safe drinking water services are “free from micro-organisms, chemical substances and radiological hazards that constitute a threat to a person’s health”. However, for many communities, their water often comes from unsanitary sources.

Rewianku residents’ access to clean water has reduced significantly in the last 20 years. Although the community once had other basic water sources, after years of use and constant repairs, they have been left with only a faulty borehole. The government has committed to resolving this problem within the community but in the meantime, Rewianku residents have resigned themselves to sourcing water from a nearby stream. “If that water can cause skin diseases, imagine what it is doing to our internal organs”, says Samaila. As open defecation is the norm in this community, Samaila’s concerns are well-founded. Data from UNICEF shows that over 47 million Nigerians defecate in the open, by-and-large because of the lack of access to adequate sanitation facilities including toilets with running water.

Despite the seemingly insurmountable challenges, Rewianku is not alone in its fight for safe water. Not-for-profit organisation WaterWide works within and alongside the community, as well as its key stakeholders, to help put an end to its water and sanitation challenges. WaterWide works across Nigeria, tracking government and international aid organisations’ spending and involvement in water, sanitation and hygiene services. For WaterWide, creating avenues for communities to hold their governments accountable is crucial to receiving better public services. To support its citizen engagement efforts, WaterWide also develops advocacy campaigns through which it seeks to influence policy-decisions and practices. In Rewianku, the NGO launched the campaign #WaterRewianku to create awareness of the community’s water problems, while being a driver for government action. 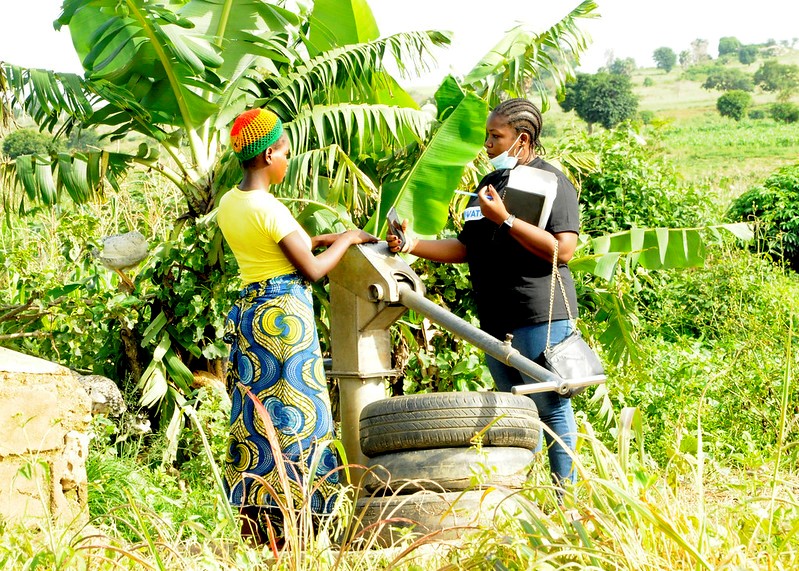