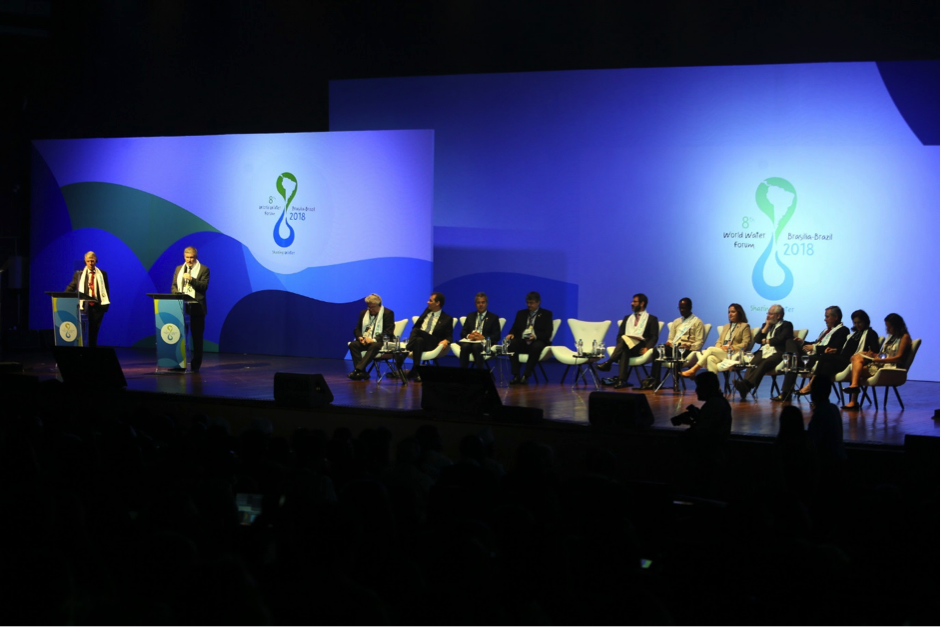 The biggest event was the 8th World Water Forum (WWF8), organised by the World Water Council. The event had over 50,000 participants mostly from governments and business, with some academics and NGOs that could afford the trip to Brazil along with the costs of the event. The biggest Forum in numbers in spite of the fee that ranged from 170 Euros for students to 660 euros for participants from OECD countries. It showed that big interests are at stake in water and water resource management, but it also led to a protest letter of NGOs from the Butterfly Coalition to the organisers stating that too many people and NGOs from Africa and Asia could not participate due to the high costs, stating that “too many are left behind” at WWF8. 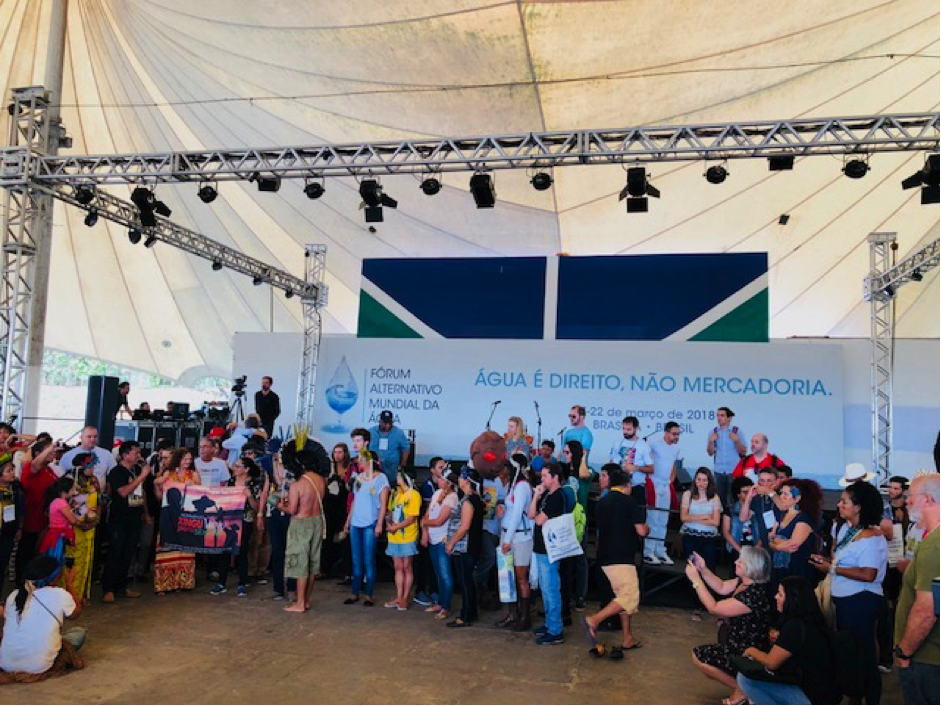 The other event; the alternative world water forum, in Portuguese Foro Alternatovo Mundial de Agua (FAMA), was self-organised by Brazilian NGOs and social movements in protest to WWF8 for its inaccessibility to the poor; qualifying WWF8 as an ‘elitist’ gathering. FAMA took place in the shadow of WWF8 with 4,000 participants that paid only a small fee of 50 Reais (13 euros) in the Brasilia City Park and at the university campus. In contrast: WWF8 took place at the big Ulysses Guimaraes Convention Centre and the Mane Garrincha Stadium. However, the size and budget were not the only difference between the two Forums. There is a huge ideological gap in between.

Participating at both sides, I saw a commitment and passion to help solving the ‘global water crisis’, to achieve SDG 6, fight climate change that has its first and most noticeable impact in the water sector, and to help realising the human rights to water and sanitation. It is remarkable that both forums identify the same major problems related to water, but the debates and proposed solutions are like a left-turn at FAMA and a right-turn at WWF8. At the same time there is no clearer evidence that water has become a political issue.

FAMA presents itself as the voice of people. Raising the question “for who is the lack of water a problem?” it highlighted the fact that the poor are not participating in WWF8. Debates at WWF8 are primarily held between governments and business. The solutions that they provide, are in the interest of government and businesses, not (necessarily) in the interest of the poor. “False solutions”, according to FAMA participants. Protests at FAMA were not limited towards WWF8; the Brazilian government and Brazilian industries were also frequently under attack for non-democratic, unjust and non-sustainable policies. The main objective at FAMA was for social movements to learn from and support each other in struggles for a more democratic and just management of water, natural resources and land.  In the final declaration of FAMA they stated that the social movements are united in the fight against privatisation and financialization of nature. Water is a commons, not a commodity!

At WWF8, the objective was to come up with recommendations to global policy and law-makers, increasing the profile of the water sector and its actors and stakeholders. WWF8 ended with a final declaration in which governments and UN institutions were called to increase their commitments to advance Goal 6, to increase finance for water and sanitation and to cooperate with the private sector and NGOs to help solving the crisis. The way to address water problems at WWF8 is by increasing finance for water and sanitation. This finance is not seen as just development aid. According to many at WWF8, there are business opportunities in water and sanitation that are waiting to be captured. The expo at WWF8 provided a space where companies, governments and organisations could meet, organise events to show their business cases or attract customers or investors. For them water definitely is a commodity.

It is a pity that the worlds of FAMA and WWF8 are so close with regards to the goals (clean water and sanitation for all and sustainable water management for future generations), but so far apart on the identification of root causes of the problem and on how to address them. In order to make progress for the poor and people that are ‘left behind’ without access to water and sanitation it is indispensable that the two different worlds meet, respect and learn from each other’s view and cooperate. Because the adagium (catch-phrase?) of ‘water is life’ counts for all of us.