In Central Thailand’s Phichit province, a group of villagers resisted a gold mine that polluted their water and destroyed their livelihoods and health for almost 20 years. When the Chatree Goldmining Complex was finally closed in 2017, the villagers had one goal left: to get justice and fair compensation for the damages caused by Akara Resources, a Thai subsidiary of Australian company Kingsgate. In a cynical development the company decided to bring Thailand to arbitration under the Thailand-Australia Free Trade Agreement, claiming the Thai government had expropriated the gold mine. This left Phichit villagers to fear for their future. After five years of arbitration, the military-backed government of Prayut Chan-o-cha decided to put profit above people and the planet and renewed four licences to Kingsgate, allowing it to re-open the Chatree complex. Meanwhile villagers are still yet to receive compensation for the environmental, physical and emotional harm they have suffered over the past 20 years.

Here is the story of injustice faced by Phichit villagers at the hands of an unequal and undemocratic ‘Investor-State Dispute Settlement’ (ISDS). Join our campaign in support of affected villagers and help us bring #JusticeForPhichit.

In 2001 Akara opened its Chatree complex at the border of Thailand’s Phichit and Phetchabun provinces. Within several years, toxic leaks from the mine’s tailings ponds polluted villagers’ groundwater and seeped into the fields where they farm crops, rice, and vegetables necessary for survival. Akara’s overuse of water sources also caused shortages.

The community started suffering recurring health issues. Repeated blood and urine testing revealed the presence of heavy metals in villagers’ bodies that exceeded standard levels. Community members suffered from itchy skin, rashes, wounds, and numbness. Suddenly the community, who had relied on nearby natural resources, became at heightened risk of liver, skin and blood cancer and was troubled with lung and respiratory diseases as a result of air pollution from the mine. 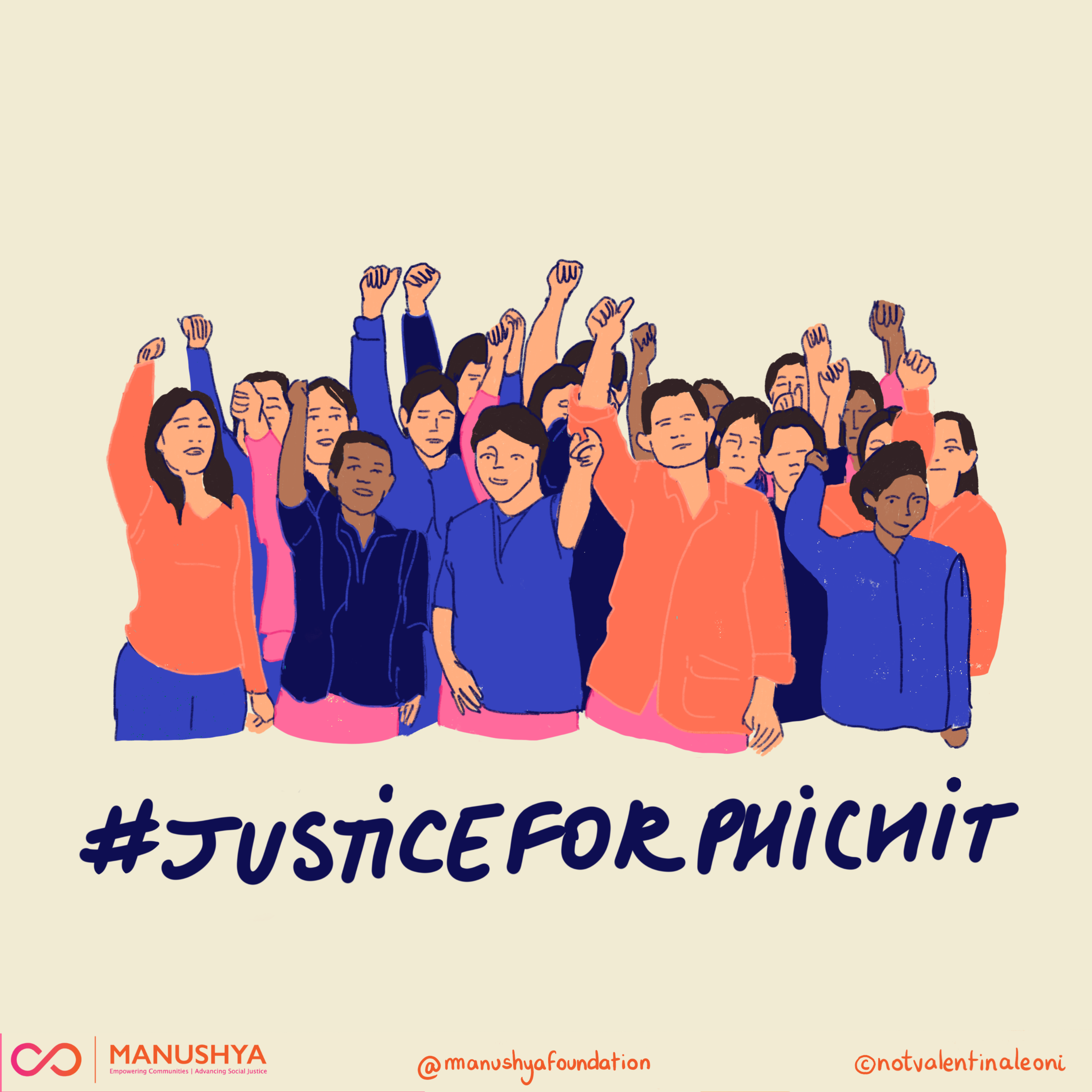 Around 6,000 villagers have been negatively affected by the mine and have seen their rights to water, health, livelihood, and work violated. Over the years of relentless struggle, villagers have made numerous attempts to claim their rights, seeking justice from state environmental, anti-corruption, and human rights institutions. This took a heavy toll on their everyday life - especially community leader Mrs. Premsinee Sintontammatuch, who repeatedly faced SLAPP charges (strategic lawsuit against public participation) as company officials weaponised Thailand’s criminal defamation legislation. Several villagers were also arrested and detained for legitimate peaceful protests and had to pay large sums of money to be granted bail.

For years the villagers were unable to use water for consumption and lost their food source. Neither the company nor the government provided adequate support. Water supply ran only a for short time and was provided to only a few households. Even when water was delivered, it was often transported in fire trucks and could not be used for drinking. At other times families received an insufficient volume of water. Villagers then had to start buying drinking water, straining their already limited budget as they also had to buy vegetables and medications for health problems caused by the mine.

When the Thai government - at the time represented by the post-coup National Council for Peace and Order - announced the closure of the mine in May 2016, the villagers rejoiced. Soon after, they filed a class-action lawsuit at the Ratchada Civil Court in Bangkok, demanding adequate compensation for the negative effects of the mine on their health, livelihood as well as the restoration of their natural environment.

Hear community voices and their demands for justice in our videos.

Learn more about the most important corporate and climate accountability issues in Thailand in our UPR Factsheet ‘People and Planet over Profit’ here.

Kingsgate strikes back: international arbitration at the cost of affected villagers

The mine was closed due to its proven negative impacts on local communities and the environment. Nevertheless, in November 2017, Kingsgate announced it had begun arbitration proceedings against the Government of Thailand for an alleged breach of the Thailand-Australia Free Trade Agreement (TAFTA). Kingsgate would use the so-called ‘Investor-State Dispute Settlement’ (ISDS) embedded in TAFTA, an arbitration mechanism under which foreign investors can bring claims against countries hosting their projects.

Kingsgate reportedly sued the government for up to $1.27 billion, a sum significant enough to make a hole in Thailand’s national budget and be felt by the most marginalised of the Thai society. And large enough to make the Government of Prayut Chan-o-cha, the Prime Minister who originally ordered the closure of the mine in 2016, lose even more public confidence.

The use of ISDS proceedings is highly controversial. Claims are judged by an international arbitration tribunal without any accountability to citizens of countries impacted by the outcome. Enormous legal fees linked to the proceedings are procured through public finance and hence, irrespective of the winner of the case, its consequences are always felt by the most vulnerable of each country. The mechanism is also highly asymmetrical considering that claims can be brought only by the investor and not the host state.

In January 2022, only two weeks before the Kingsgate v. Thailand ISDS arbitration outcome was expected to go public, Kingsgate announced it had received four renewed licenses necessary for re-opening its Chatree complex. All four are valid from 31 December 2021 for 10 years.

While the ISDS negotiation contents have not been made public, it is highly possible that the four new licenses awarded to Kingsgate were a trade-off made by the government in exchange for corporate impunity and the continued exploitation of the Phichit community. That way, the government could avoid paying damages. Can this happen in a real democracy?

For Phichit villagers the reopening of the mine brings haunting memories of toxic pollution, skin conditions, respiratory problems, intimidation and threats by state and corporate officials. Given the company’s denial and lack of good faith, the mine’s many harmful impacts may return - even though past wrongs have still not been rectified.

Six years after filing their class-action lawsuit, Phichit villagers are only steps closer to receiving the compensation they are owed. While their case was accepted in 2019, the Covid-19 pandemic and Akara’s claim that they lacked time to gather documentation have been used as excuses to repeatedly delay court hearings. The original hearing date was set for 17 February 2020 and postponed to 20 April 2020, 21 July 2020, 30 October 2020, 30 June 2021, 2 September 2021, and eventually to 18 November 2021. The second hearing took place in January 2022 but, after only deciding procedural matters, first witness testimonies were scheduled for 2023! Considering the dubious announcement on re-opening the mine, it is feared that the next development of the villagers’ case will depend on the final outcome of the ISDS arbitration. 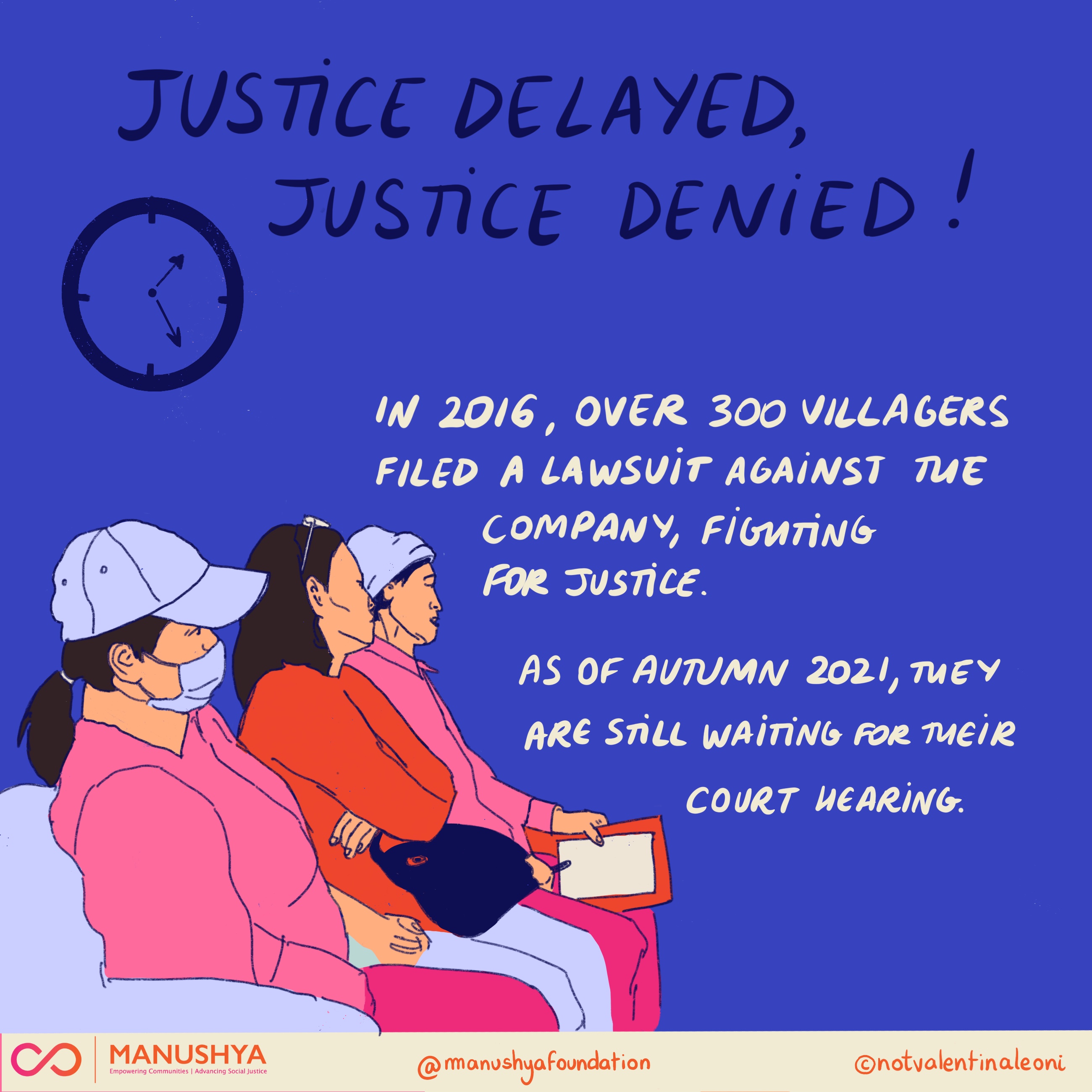 The world faces an unprecedented environmental crisis: climate change, loss of biodiversity, environmental pollution. The extractive industry, including gold mining, is a key culprit in this crisis. Instead of living by the promises made on the international stage, the government’s decision to disregard Phichit villagers’ rights is a warning that the prime minister is not as serious about climate change as he likes to proclaim to the world (at COP 26 Thailand committed to carbon neutrality by 2050 and net-zero greenhouse gas emissions by 2065).

Instead of relying on false climate solutions and state-licensed greenwashing, Thailand must address environmental damage at its source, especially when it directly violates human rights and water rights in particular, such as in the case of Phichit villagers. The first step is to stop bowing to corporate interests and start honoring the obligations the Thai government has towards its people and the environment. 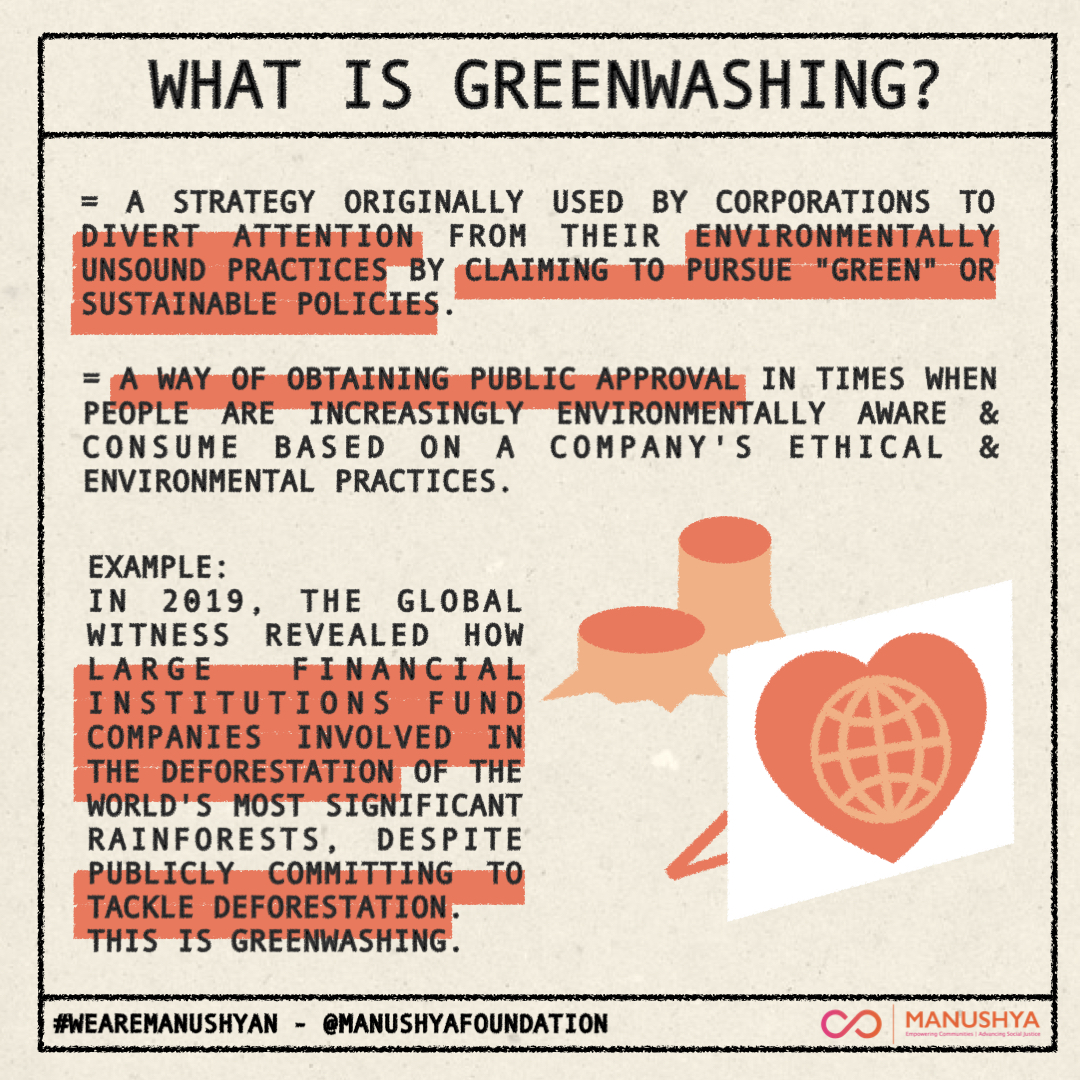 The Phichit case is a stark reminder of the destructive consequences free trade agreements have on local communities and the environment. As long as trade deals are made without human rights guarantees and contain dangerous ISDS provisions, local communities will pay for the profit made by corporations and capitalist elites.

Check our infographics on the need for a Just Transition in Thailand, putting indigenous peoples and marginalised communities at the centre of a fair, inclusive, and clean energy transition to save our planet. 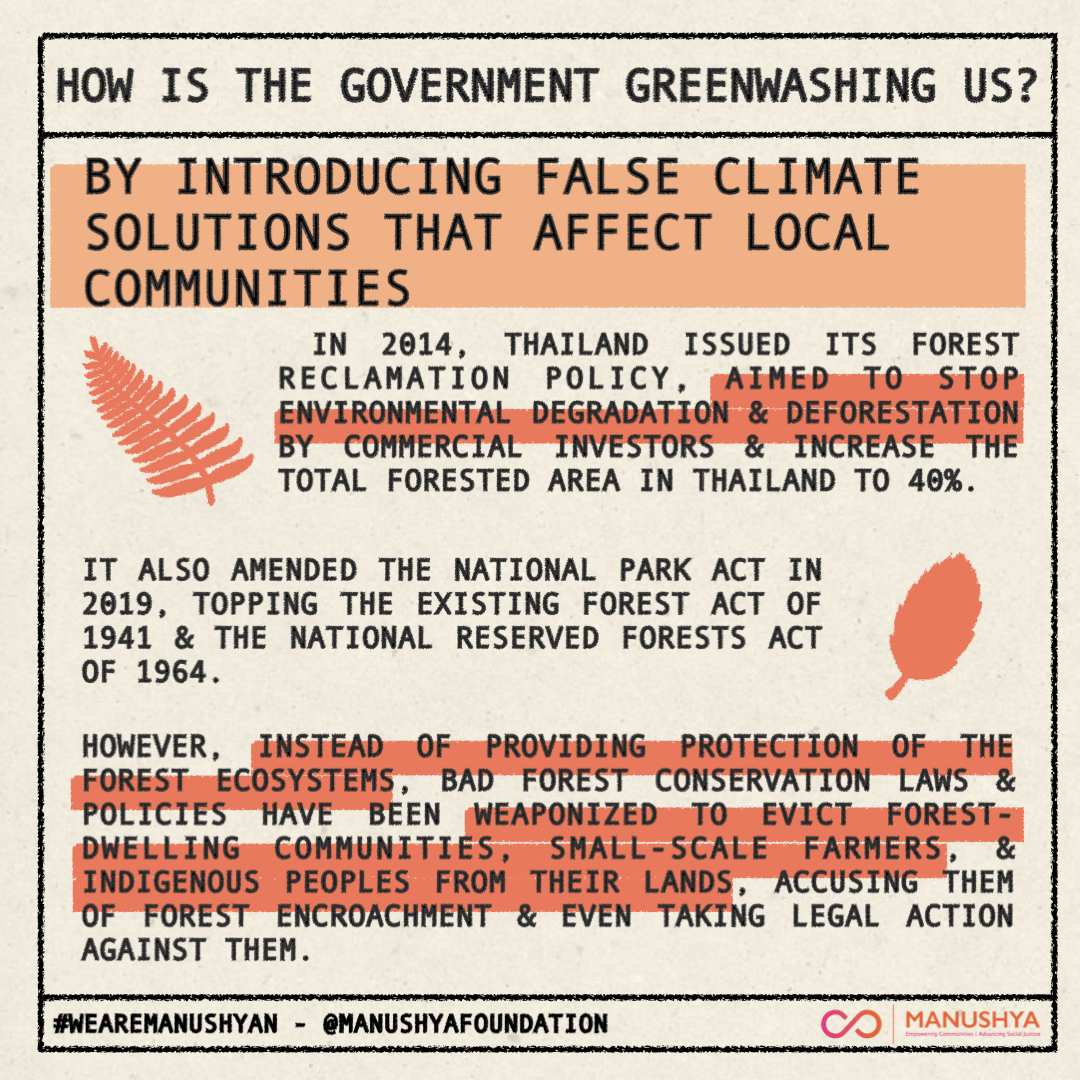 To support affected communities at the national level, Manushya Foundation:

To support the affected communities at the international level, Manushya Foundation:

How can you support the villagers and bring #JusticeForPhichit?