Leaving no one behind is easy to say, but hard to do

The current approaches do not work. To achieve universal access to safe water and sanitation by 2030 we must build strong community-based advocacy and allow the people whose access is violated to demand their rights. The time to act is now.

Reality on the ground

The UN’s recognition of the human right to safe drinking water and sanitation in 2010, as well as Sustainable Development Goal 6 in 2015, means that everyone should have access to safe water and sanitation; that there is equality and non-discrimination in the delivery of water services; that no one is left behind. Yet the reality on the ground is very different. Poor rural users routinely receive WASH services that are more expensive and of lower quality than those living in urban or peri-urban areas.

There is striking inequality in urban areas too. The most disadvantaged have seen little or no improvements to their lives; the disparities between them and elites have only increased.

The case for Lunga District, Luapula Province
Deep in the waters of Lake Bangweulu in Luapula Province is a new district – perhaps the only one surrounded by water. The islands, which are collectively called Lunga, were declared a district by the late president Michael Sata in 2011.

Lunga can only be accessed from the mainland by boat. By speedboat the journey takes three to four hours. For those travelling by canoe, it takes two days. On the southern side of Lake Bangweulu is a channel that passes through swamps. Hundreds of people live either side of the channel in grass-thatched houses. 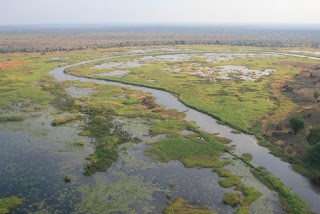 Lunga has 5,246 households and a population of 28,713. The district has four main islands. The largest is Kasoma Lunga Island, which is also the seat of government. Kasoma Lunga Island hosts a school that also caters for nearby islands and is the only place in the district where people can make mobile phone calls.

One of the most rural districts in Zambia, Lunga's water, sanitation and hygiene coverage is very poor. Most schools, government buildings, and households have no sanitation facilities. Access to safe water is approximately 30% while access to basic sanitation is approximately less than 47%. Knowledge of human rights is almost non-existent in such remote districts.

In order for disadvantaged groups to enjoy the human rights to water and sanitation, the Zambian government must mobilise resources to: