Mexican government reports a 94% water access rate and a 92% of sanitation service coverage. These figures are reflective of some available infrastructure but not household access to water and sanitation. This effects people dramatically, such as in the urban community of Filomeno Mata, where despite available infrastructure in their homes, water runs only three hours per month whilst they are accounted as if they have access to water.

After his official visit from the 2nd-12th of May 2017, Leo Heller, the United Nation’s Special Rapporteur, states in the end of mission statement his main findings on challenges to fully guarantee the human right to water and sanitation. He recommends legislation, public policies and other measures to overcome those challenges, ensuring the full realization of these rights for everyone.

This declaration was based on meetings and visits to different locations in Mexico and represents only an end of mission statement. His official report has now been presented to the 36th session of the United Nation Human Rights Council in September 2017.

The report begins by underlying that the obligation of protecting all human rights, including those to water and sanitation. The Mexican government is obliged to use the maximum resources available to achieve this goal. Nevertheless, Leo Heller was concerned after hearing from different authorities that the human rights to water and sanitation are not a priority for the government in the context of its obligations on human rights. Problems of civil and political rights, including torture and forced disappearance were signalled as high priority in Mexico. According to Mr. Heller, “despite the vital aspect of attending those violations, I encouraged the government, as it is understood under the standards and international human rights, to give same and appropriate attention and invest to the necessary resources for the attention of critical economic, social, cultural and environmental rights, including human right to water and sanitation.”

“It is essential to ensure that provision of municipal services for the communities respond fully to the obligation and the national engagement to provide safe water and sanitation, and it worries me that often this is not the case” stated Léo Heller. He continued by saying that “the necessary means, the technical capacity and the monitoring and accountability of the services must be under the highest priorities at all levels of government to ensure that the best possible service of water and sanitation is provided to all people, including the poorest and the scattered rural communities.” 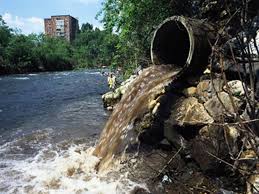 He underlined that it is very worrying that Mexico has not put in place a regulatory body for both public and private service providers. Public servants have provided statistics to Mr. Heller, where 94% of Mexican population has access to drinkable water and 92% has sanitation. Nevertheless, it is important to underline that those figures, although impressive, only reflect the existence of some sort of infrastructure and not the access to water or sanitation within the household. Moreover, due to the budget cuts announced by the government and based on the high figures previously mentioned, Mr. Heller is worried about the possibility that a certain self compliance by the authorities exist related to the service provision needs, which could undermine or delay the implementation of essential measures for improving those services.

Mr. Heller was aware that this lack of priority on water and sanitation is often repeated in many parts of the country. He would like to recall the government that: “human rights to safe water and sanitation implies that all domestic needs of all individuals, families and communities, have to be considered in the first place and at the highest priority amongst other uses that water can have.”

Related to the irregular settlements, many public servants argued that providing water and sanitation services to these populations would mean to legitimise their settlements or illegal occupation of the land. The UN Special Rapporteur would like to recall all authorities that human rights to water and sanitation must be respected, promoted, protected, and fulfilled to all members of society, regardless of their social, economic or housing condition.

National provision of sanitation services, particularly for rural and urban areas that are not connected to the sewage systems, is a major cause of concern and a factor that cannot be disregarded. This requires special attention from the federal government as well as state and municipal authorities. And he underlined that access to sanitation is not fully granted if connected households to sewage systems are then released into the rivers without any treatment. Mr. Heller was alarmed to learn that out of 194 wastewater treatment plants in the State of Chiapas, only 12 were functioning, resulting in a major problem of contamination of water sources. All these situations have serious implications in terms of hygiene, health and the potential for untreated wastewater to lead to contamination of water sources.

In terms of affordability, it is important to recall the Mexican government that disconnection of services based on this standard is considered a violation of human rights under international law.

In relation to the criteria of availability and the principle of equity and discrimination, Léo Heller also visited indigenous communities who have been provided with infrastructure projects that have ceased to function effectively and who have now returned to using surface water sources for drinking water that are clearly a threat to the health of community members due to the quality of the water.

With the need of states establishing national plans to achieve the Sustainable Development Goals (SDGs), Mexico must ensure that all individuals, families and/or communities are not left without adequate services. Thereby following the key message of the SDGs, ‘leave no one behind.

As well as receiving information on the services of water and sanitation during his visit to the communities, Mr. Heller also received information related to decision making with consultation and real participation. This information was both inadequate and in many cases, inexistent. The Special Rapporteur for the Human Right to Water and Sanitation has stated in his end of mission statement, that such elements are essential and are part of current international and constitutional engagements of the Mexican government. These measures ensure proper information to communities, involvement in the water management planning, and to develop their capacity to present their problems and preoccupations to the authorities. These measures imply as well that they rapidly receive answers and resolutions to their problems, including access to legal mechanisms. Despite consultation and participation principles, many community representatives shared information that they had previously presented complaints through correspondent institutions. While some recommendations had been emitted in respect to water and sanitation by human right commissions, it was evident that even if they managed to present a complaint, such processes were insufficient to achieve fast and effective solutions to the affected communities.

Read the full end of mission statement in English and Spanish.

The full report, was presented in September 2017 to the Human Rights Commission of the United Nations. A synthesis of this report will be shared via blog and on FAN Mexico’s website.