Writing this from a perspective of a German female under 30, I might be considered young. However, when comparing to actual teenagers of today, especially those who are active in Fridays for Future protests, I notice a great difference between them and my generation (often referred to as Millennials). They have been from the very beginning aware of the urgent need to mitigate climate change; preserve biodiversity and protect scarce water resources - and they are willing to sacrifice their own education for it.

My generation might have been the last one to grow up with the abstract idea of “endless resources” and that anything is possible as long as we study, and we work hard enough for it. In school we had heard about endangered species but we had not seen pictures of trash mountains along the shores yet, severe droughts and floods were rarely occurring and personally, I thought I could really make a difference if I saved water while brushing teeth or taking a shower. 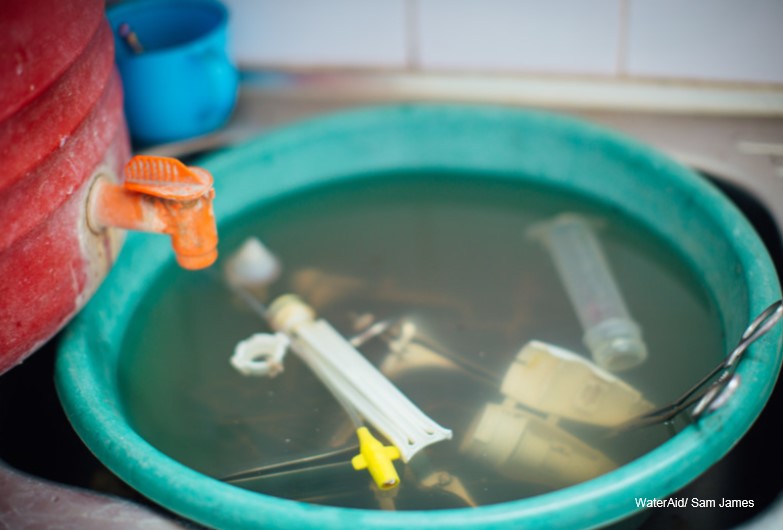 What my generations has learned?

While still practicing this behaviour, and not giving up to teach this to my parents too, through StandUp4Water, I have come to learn that it is far more complex than this. For instance, the canalisation infrastructure in Europe is often up to 100 years old and designed for a different population structure, or let’s say flushing volume, then we have today. Hence resources need to be allocated to maintain and re-design this infrastructure for future needs:

Whereas I observe my current home Berlin slowly but steadily working on adaptive ideas, not all cities and regions within the EU (can) allocate the capacities to work on this. In other parts of the world the situation is even more severe. It is estimated that around 40% of the world’s population will experience water scarcity by 2025. The city of Cape Town running out of water might be the most recently known example for such a severe crisis - caused by a lack of rain, a quickly growing population, mismanagement of resources and denial on the political- as well as individual level. However, Europe’s drought in summer 2018 and the lack of rain this spring teaches us that these mistakes can severely impact us as well. Already now 11% of Europe’s population experience water scarcity.[1]

At the same time many positive dynamics are happening. For instance, tools such as the Waterfootprint raise awareness on the impact our behaviour and consumer choices have on water resources and their pollution; equal tools are available for our CO2 emissions.

So, while all this knowledge and awareness is coming together, what we need now is a strong leadership, brave decisions and investments into infrastructure, as well as into capacity building. The sector around SDG6 has a huge potential to contribute to prosperity as two thirds of the jobs in the world are depending on ‘water’.[2] There is a huge emerging lack of professionals and capacity to deal with all water-related issues. And investing in and encouraging vocational training for women and youth is a necessity.

Many of the candidate in these European Parliament elections belong to my generation. They are young but they come to learn the urgency and complexity of our action while maintaining a solution orientation. They are energetic and committed and they have the support from the even younger ones who are trusting us to make the necessary changes.

Hence, I highly encourage my young fellow candidates to sign the StandUp4Water pledge and  take action within the European Parliament.

And also, keep on saving water while brushing your teeth – it is a mindset.