Realise the human right to water in India! 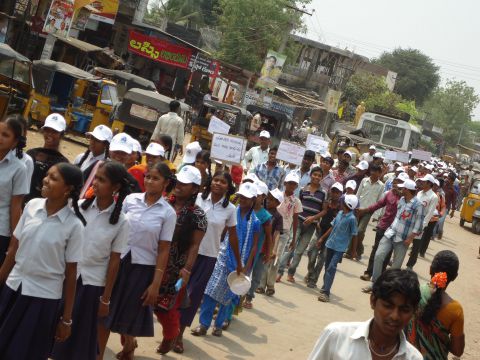 In 2014, a number of organisations in India came together in a coalition and performed a survey in poor slum settlements in east Delhi. This survey aimed to understand the detail about actual usage and requirements of water by households, as well as to find out if the water quota allocated monthly per family by government was considered as appropriate or not by the residents.

This is perhaps the first independent survey to get direct feedback from some of the poorest residents of Delhi, following the radical announcement of the Delhi government to provide 20Kl of water per month, per household, along with associated sewerage services, free to residents of Delhi who have a water connection.

The coalition undertook this survey because there was a lot of criticism in mainstream media and by neo-liberal economists who felt that providing free quantities of water was a waste of water and that people did not want it. The reality of the survey results highlighted that slum residents – even if not able to access piped water supplies and therefore having a low water usage as a result (having no access to water results in no flush toilets at home) – they responded that the allocated government water supply is a vital lifeline for poor families.

The survey addressed issues of water quantity, use and expected impact of the free water supply and related sanitation as a right. People were also asked what they wanted in terms of improvements in public toilets, and whether they were willing to pay for water and sanitation instead of the free entitlement.

Most people living in the area surveyed were daily-wage workers in construction, small-scale manufacturing, retail and related work areas. Average household incomes were very low, and given the high inflation rate of all essential commodities, any price increase of water and sanitation services would be felt directly by this segment of citizens of Delhi, and have a very negative impact on their livelihoods.

In the survey, a large number of respondents said that they cannot afford to pay for water. People don’t necessarily want constant access to water, and certainly are not able to pay for this. One of the main findings was that people wanted adequate water that was of good quality. The quality of water was of main concern, as what they receive now was not good enough, and worsens in the summer months. Many were also very concerned about the poor state of sanitation in their areas; public toilets were in poor condition, were not clean or safe, and were expensive to use.

The survey helped greatly in understanding the reality of people’s experiences on the ground, and the leading issues of the slum dwellers in the areas surveyed. It really helped in providing us with hard evidence that being able to access a small quota of free water was making a fundamental impact on people’s lives. It also helped to highlight the problem areas and strengthen our advocacy and call for change to hold government accountable to ensuring the human right to water and sanitation is realised for everyone.

The problem over why people do not go to the streets to demand water and sanitation as their human right is because they live in illegal slums, in very precarious situations. Any public action or advocacy by these marginalised and vulnerable groups could result in eviction from their settlements, or arrests and loss of household income; all of which would have very negative impact on livelihoods. This is why there have been no protests and public expression of a right to water and sanitation in most cities of India. This is why we, as part of the coalition, are working on these issues – to ensure the human right to water and sanitation is realised for each and every person – and to advocate for change on behalf of those who can’t. 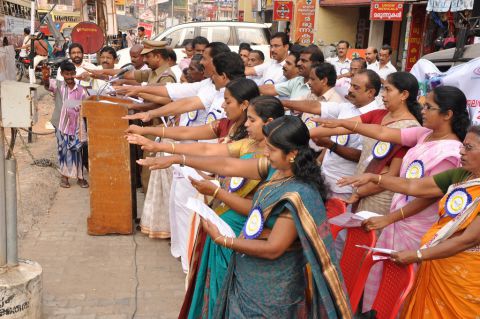 The India WASH Forum: Started in 2008, the India WASH Forum is a coalition of organisations and individuals working on water, sanitation and hygiene around the country. The Forum acts as a credible, united voice in the WASH sector, acting as a open platform for engagement on contemporary issues in the sector in India. Through their work, including research and analysis, and advocacy, the Forum highlight critical WASH issues and missing gaps that are often ignored by governments or other agencies, helping to raise awareness and call for change. This coalition evolved out of WSSCC support to the national WASH sector, and to help strengthen their work.

For other work by the India WASH Forum, read their report on the Right to Water and Sanitation.