At the conference BajoTierra Museo del Agua urged the international community to “call out the Querétaro government for criminalisation, discrimination, racism and violence against human rights defenders.”

Civil society had initially approached their local and national human rights commissions with evidence of state violence. However, after realising that the commissions had been coopted, activists escalated concerns to Mexico’s President and activated UN Special Procedures.

To learn more about the fight against privatisation in Querétaro, you can read Redes Del Agua’s joint statement in English and Spanish. 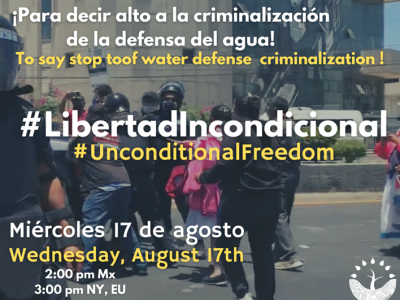